There’s been a lot of fun and excitement at The Ohio Eastern Star Home recently, but a visit from Mount Vernon Mayor, Matt Starr, was particularly memorable. Marci Thomas, Director of Life Enrichment, says the seniors were “very excited to be able to meet the Mayor for the city of Mount Vernon.” Considering the mayor’s busy schedule, “It was truly an honor to have Mayor Matt Star give his time to our elders and be a part of this with us,” says Crystal Snell, Director of Marketing.

The seniors loved the opportunity to shake hands and joke around with the community leader. On top of that, Mayor Starr was kind enough to help out with a certain special contest while he was there. 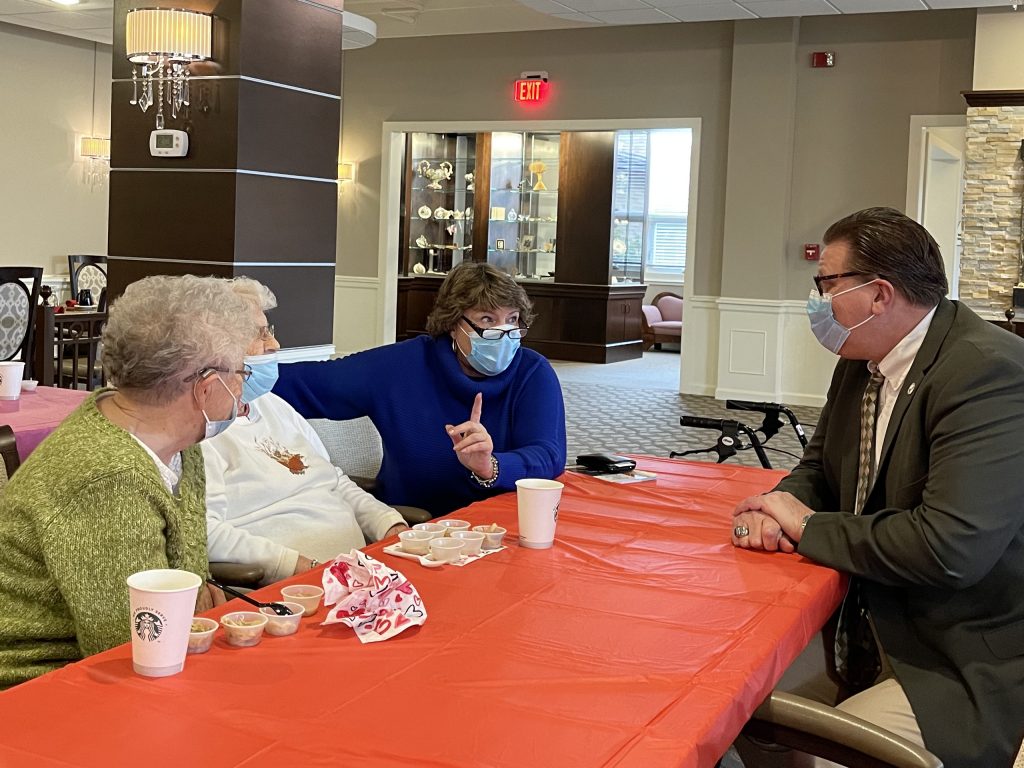 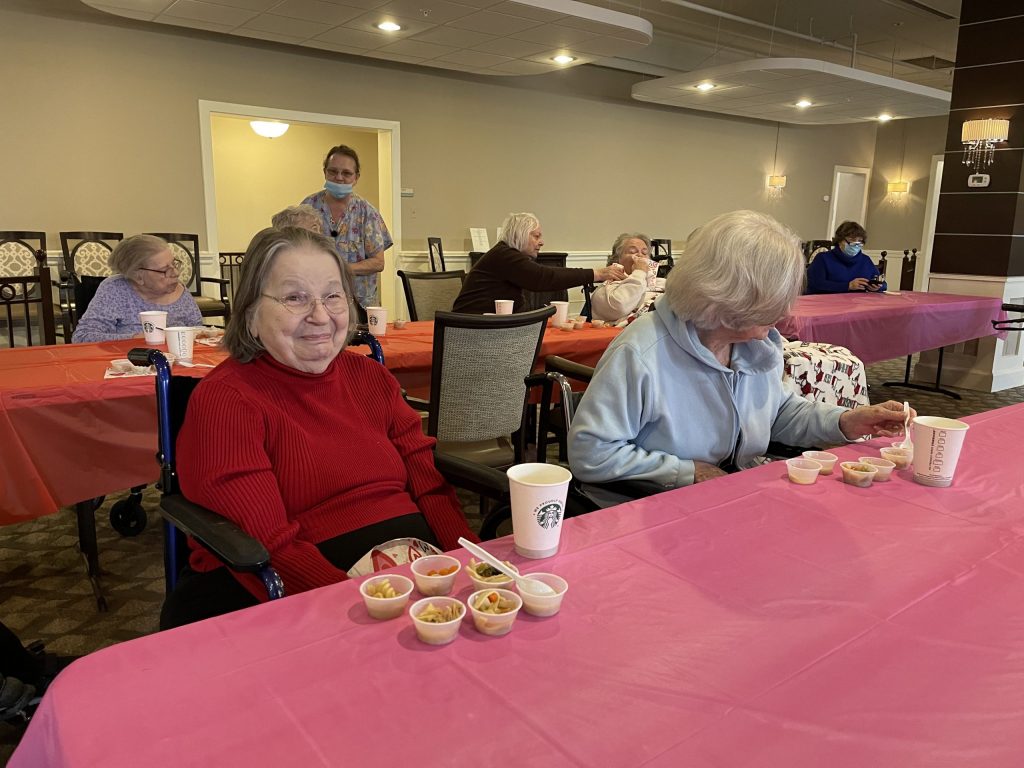 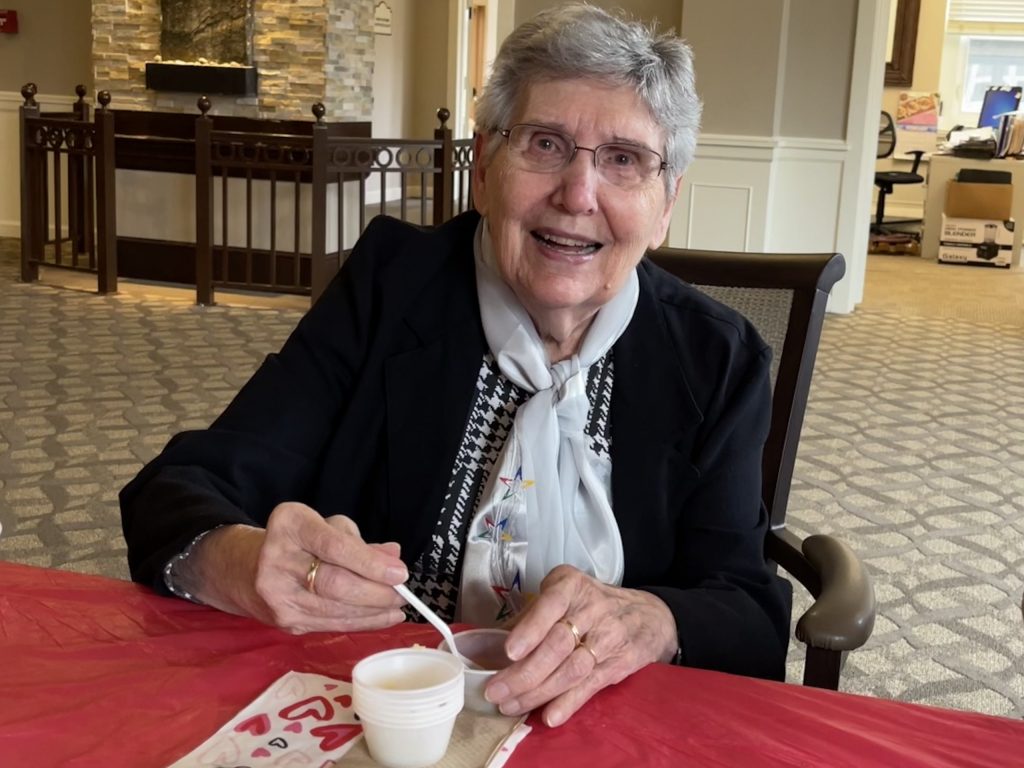 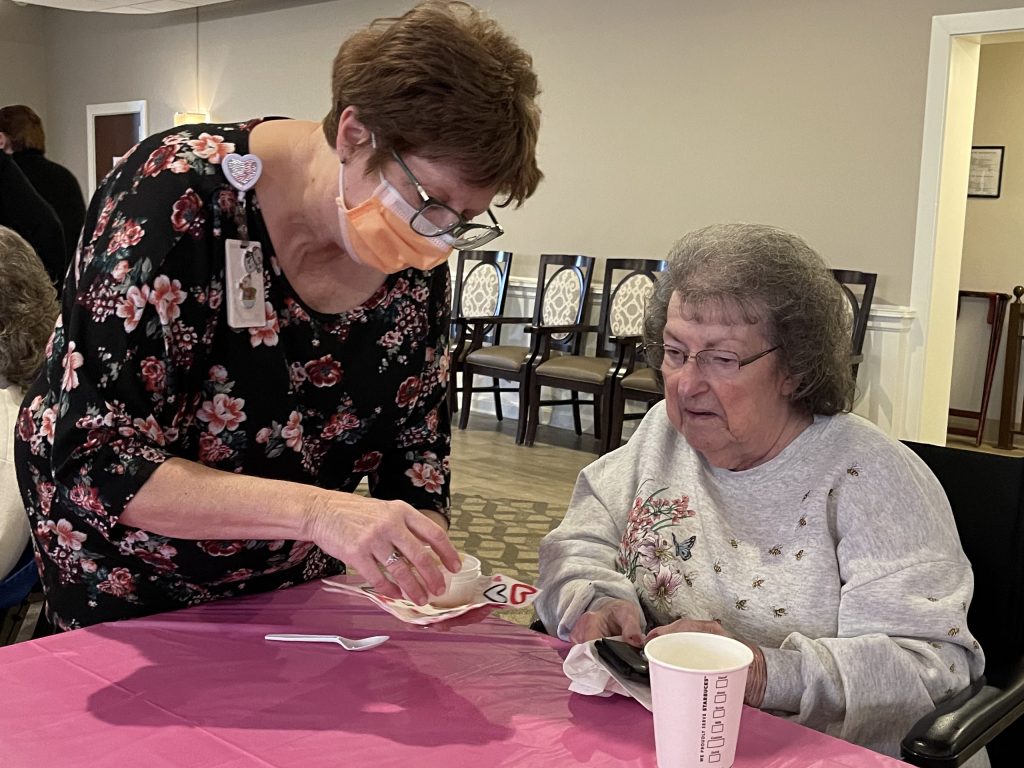 Competition Is in the Air at OESH

From pumpkin carving to gingerbread houses, it’s fair to say that OESH seniors have a competitive side. They also get many opportunities to let it show. “We are blessed to have our Life Enrichment team to provide our seniors with compassion, care, and community,” says Snell. That provision of compassion, care, and community manifest as contests, events, classes, and other campus activities that keep the life enrichment team very busy.

But it isn’t just care partners and family that have shown OESH seniors the consistent love and care they deserve.

The Mount Vernon community has also proven an incredible source of support for the campus. This has been especially true in recent years. Police officers and firemen took time out of their day in 2020 to participate in a COVID campus car parade just to give the isolated OESH seniors a wave. Likewise, John Sachleben CDR (Ret) USN and the Navy Junior ROTC members from Highland High School visited last Veterans Day to honor each of the retired service members on campus with an official ceremony. The recent visit from the mayor carries forward something of a community tradition.

Discussions about the community over lunch were full of smiles and wonderful conversation. And as luck would have it, the mayor was even willing to take on an extra responsibility for the day! It’s a good thing, because when it came to naming a judge for the 2022 OESH Soup Contest, staff knew they needed someone with the experience to put distractions aside and make the tough decisions. 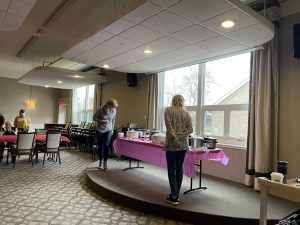 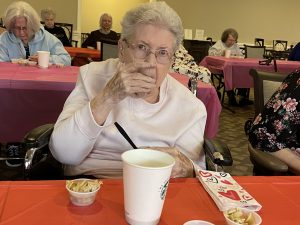 Senior cooking activities are no exception to the friendly competition that permeates life on campus. Following a cooking demo led by the Gallagher Center’s head chef, seniors were ready to put their skills to the test. Elders and staff alike took to the kitchen for a Top Chef style soup-off.

The directive was a simple one: make the best chicken noodle soup on campus. But traditional meals can be tough to knock out of the park. Everybody’s tried chicken noodle soup countless times, and most people have made it before too. This makes for a pretty high bar, but it turns out there are more than a few capable chefs on campus beyond the kitchen staff. Many of them rose to the occasion and made the contest a tight one. “They all were delighted to taste the variety of different soups, and the staff was thrilled to be a part of the friendly competition this activity brought,” says Thomas.

Given all the entries, it was far from an easy decision in the end. After taste testing each of the entries, however, Mayor Starr made his decision, awarding the crown to staff member David Price. The mayor said it was his favorite because it brought back childhood memories of his grandma making chicken pot pie for her family.

Next year’s competition is already in the books, and staff hope the mayor will consider judging entries again. 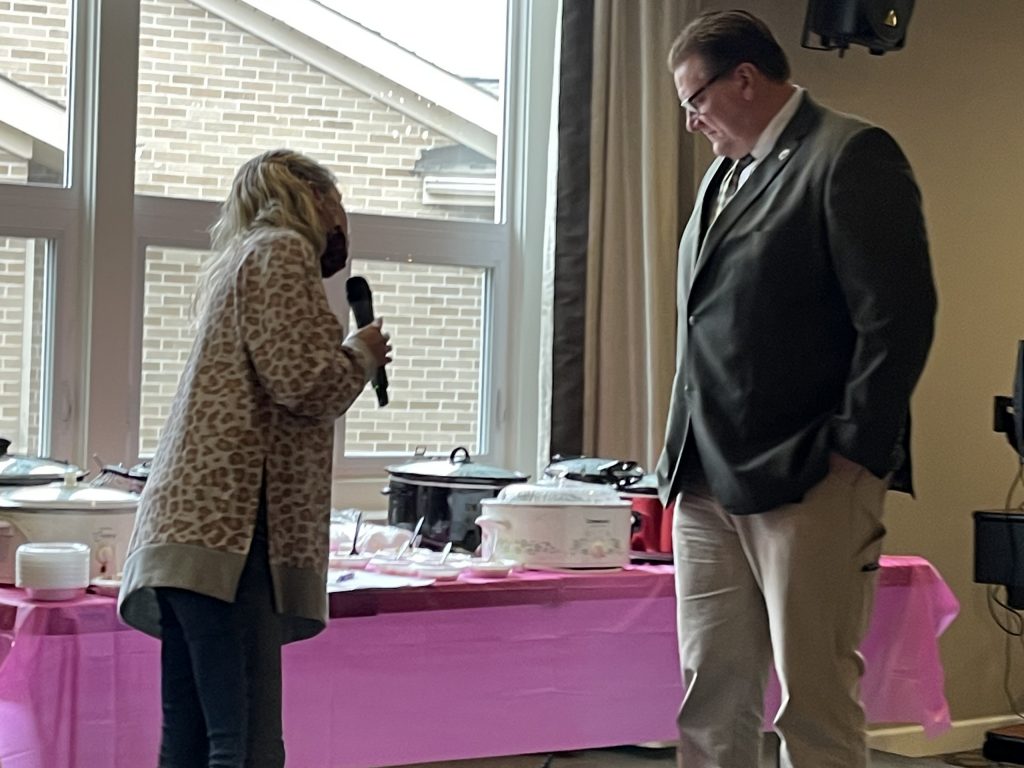 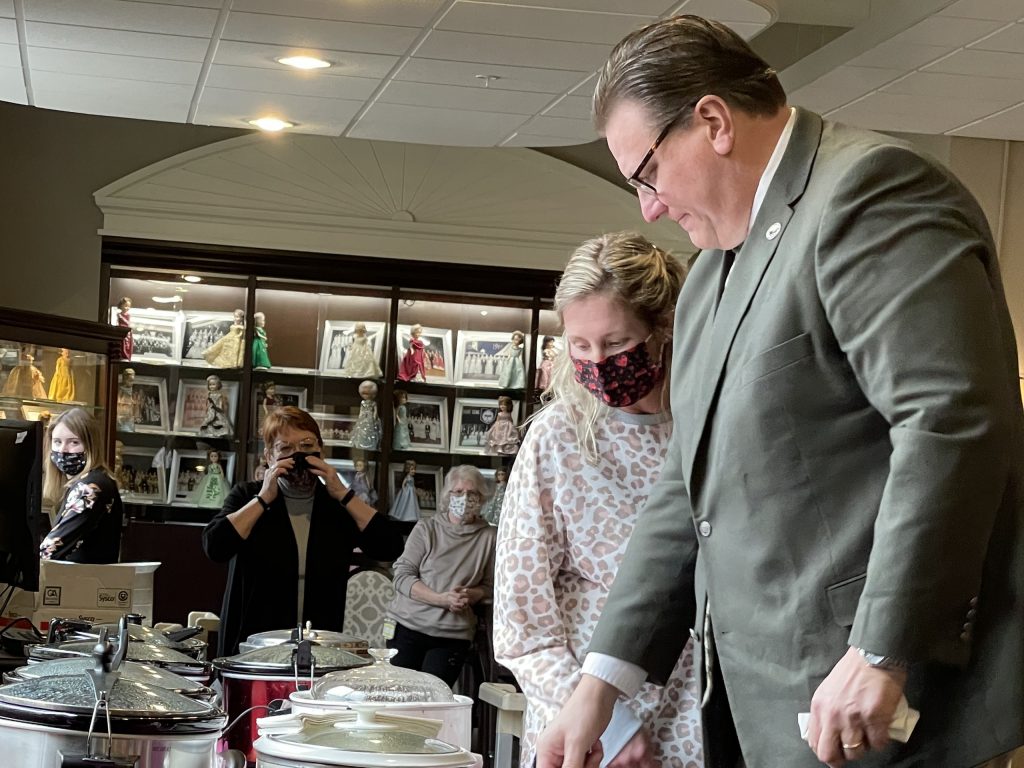 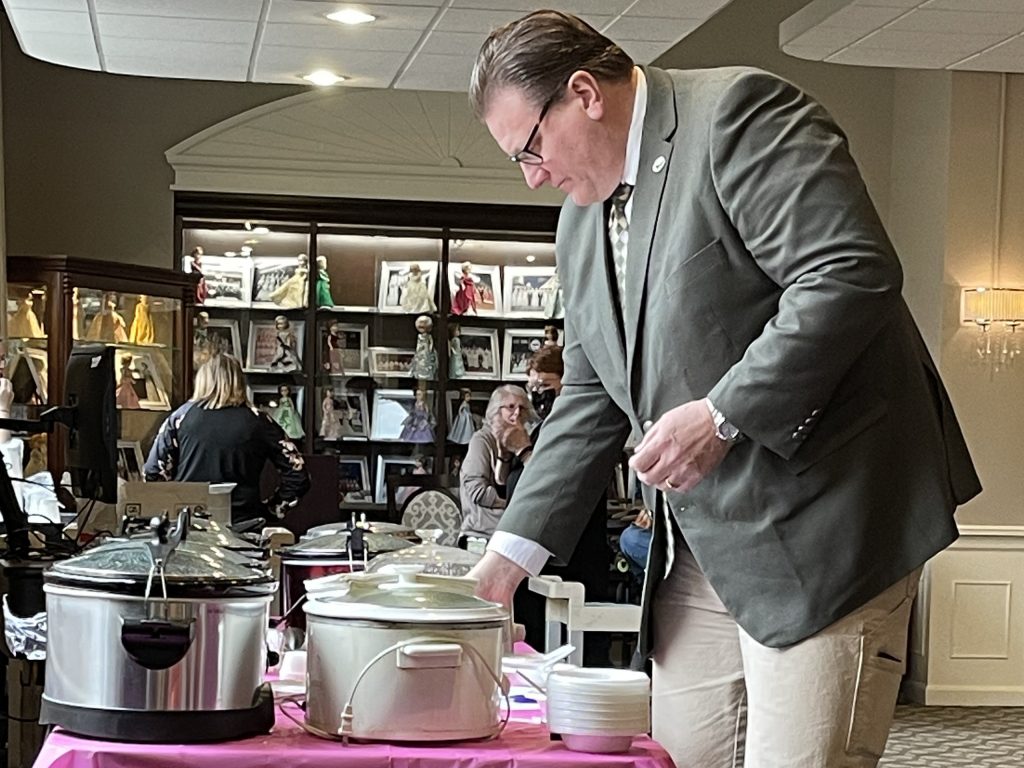 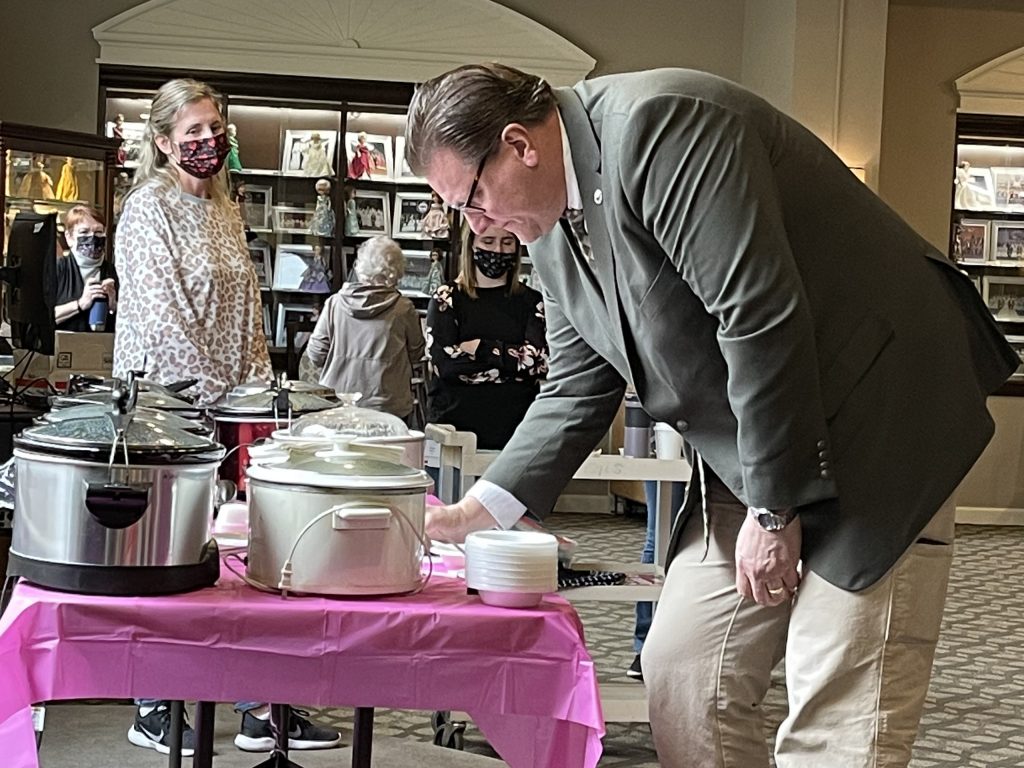 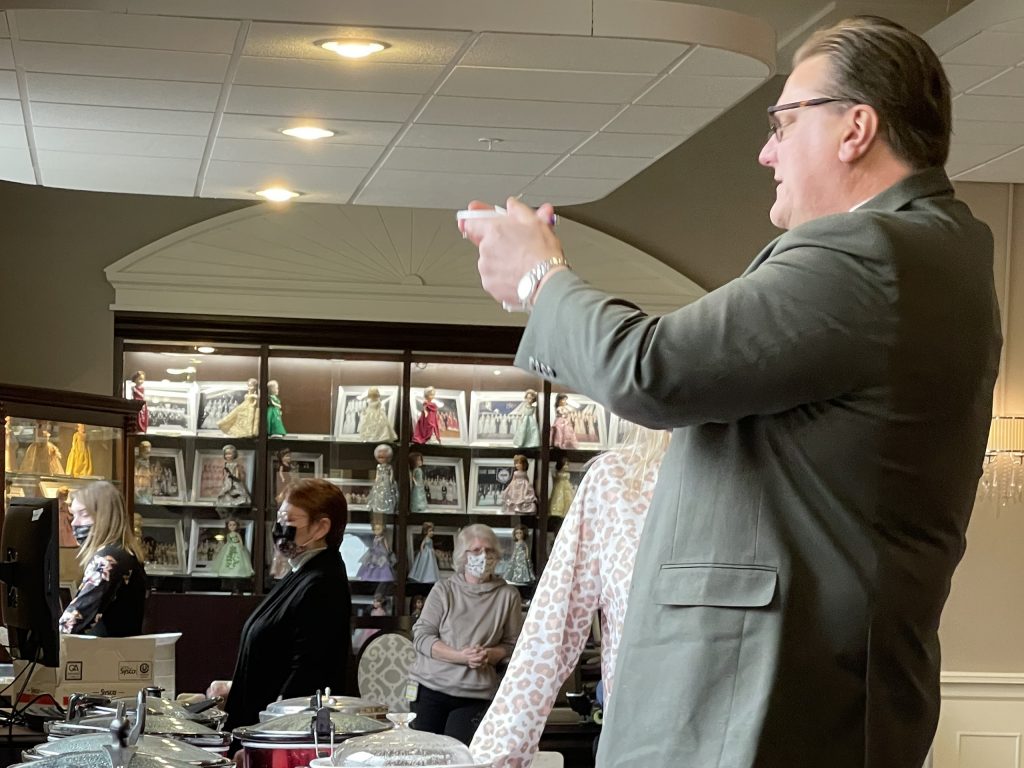 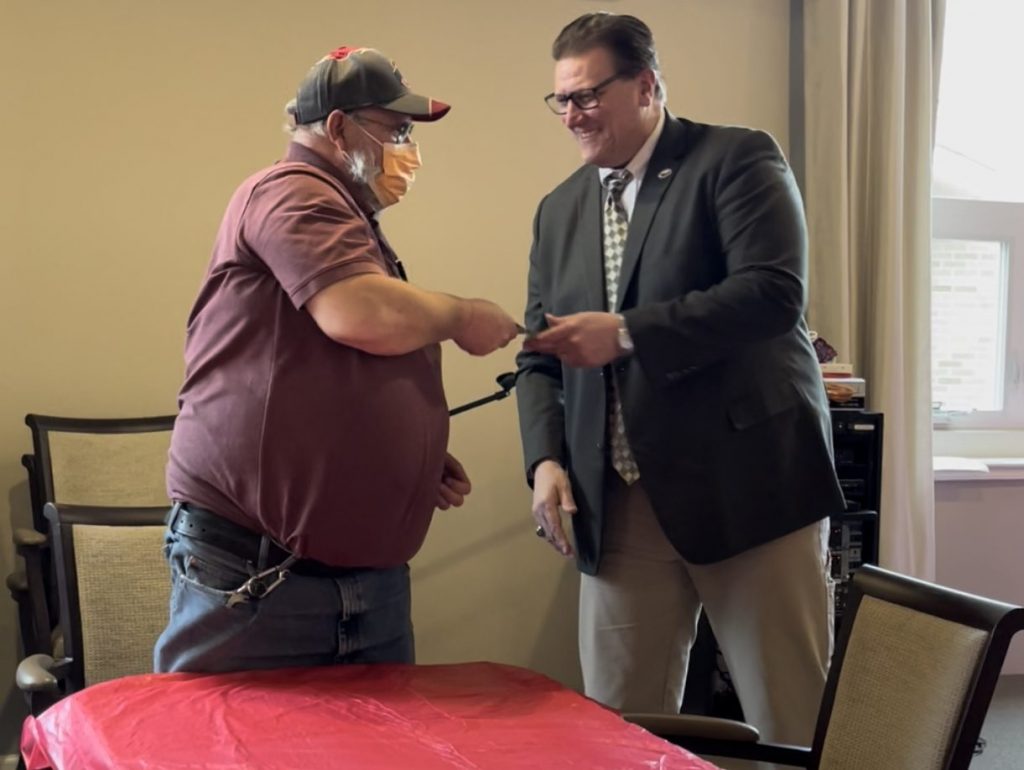